I have the honor of representing people who I have helped in the past. That is the best compliment that a criminal defense lawyer can get. This was such a case. I had a nice lady that I helped years ago at trial. In that case, she was pulled over by an officer for erratic driving. What the officer did not know was that at the time that she was driving, she was being sexually accosted by her male passenger. As she was pushing his hands away from her personal regions, her attention was distracted from the task of driving. The officer perceived the odor of alcohol on her breath, listened to her speech, and thought she was under the influence. She did the field sobriety tests like a normal person; in other words, fairly poorly using the scoring criteria used by police officers. She was arrested and refused the breath test because she thought the entire arrest was so very unfair that was done being cooperative with the officer. At trial those true facts were presented to the jury. The jury acquitted this nice woman. That was the right verdict given the facts of that case. Years latter this same lady was leaving the Trophy Club in Medford, Oregon. She had a beer while at that establishment. She left the Trophy Club to go to a dance club. A Medford Police officer saw her leaving the driveway of the Trophy Club, turning right onto Central Ave. The police officer was parked in a parking lot across the street, lights off, watching that establishment. The officer thought that this lady did not get into the nearest lane when coming out the tavern. She used her turn signals and changed lanes so she could make a left about a block from the tavern. She intended to drive down Riverside to go to another tavern that had dancing. She was meeting up with other people. The officer thought that she did not come to a complete stop before she turned onto Riverside Ave. She was certain that she had. The officer followed this nice lady and found fault with her driving. The officer's police car had a video camera that was operating. But, the video, while not always pointed at this lady's vehicle, did not show bad driving. The officer thought that the lady was drifting in her lane. But the left hand lane on Riverside is heavily crowned and is narrower than a modern roadway. The officer though that the lady came close to hitting a pedestrian who was in a cross walk running parallel to Riverside. He said that the pedestrian had to jump out of the way. No doubt, that is the memory of the officer and he believed that to be the case when he testified about it. But the video did not appear to support that observation. When the officer decided to turn on the overhead blue flashing lights, the lady driver appropriately turned on her turn signal and drove into a parking lot. The officer contacted the lady and thought she appeared under the influence. She admitted that she had been drinking alcohol but did not feel impaired. The officer thought that her speech was confused, slurred, and incoherent at times. She was asked to take the standardized field sobriety tests. When she got out the car, she was steady and sure. She was able to remove her shoes without difficulty. Naturally, she looked like she had balance problems when she was doing the tests. The Officer thought that she performed terribly, and he told the jury that. He testified that she was obviously intoxicated, and he was a patrol Sargent and had pulled over hundreds of drunk drivers and that this lady was a drunk driver.  But, this lady had great balance and control when she was doing normal things like slipping her shoes back on, without bending down, and without seeming to even look at her feet while doing it. Fortunately the car video was operating well and the sound quality was good. Also, the video recorded this lady in that back of the police car. We could see her face, hear her talk, and hear her engage in conversation with the officer. Obviously, she was arrested and taken to the Jackson County Jail for further testing. She gave breath samples on the Intoxilyzer 8000 breath testing device. The final result was .22. That was an astonishing high BAC result. So high in fact that it seemed obvious that it must be wrong. That was the heart of the case. Witnesses who know this nice lady very well were able to view and hear the video prior to trial and they were all of the opinion that the lady acted and sounded and conversed just like she always did. They could tell if she was drinking to the point that it could show, and they saw no signs that her mental of physical abilities were adversely affected by alcohol. The jury could also see and hear the video. The focus of the defense was that common sense and reason, as well as the opinions of people who know the lady, is more persuasive evidence that roadside gymnastics being evaluated by an officer who was predisposed to believe that the lady was under the influence the moment he saw her leave the tavern on Central Ave. The jury did the right thing and returned a not guilty verdict. My client went on with her life. She did not lose her job, her drivers license, and could remain the single mother to her children. It was a stressful trial that ended well. 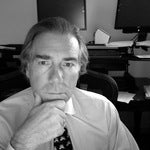