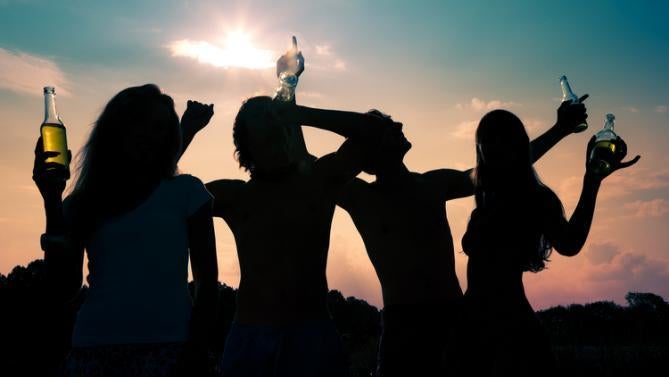 Politicians and lawmakers often wish to appear tough on certain crimes, and underage drinking often falls into this category. What does this mean for drivers under the age of 21 in Oregon?

The legal limit for blood alcohol content (BAC) in the blood for drivers of age is .08. It is no different for minors. .08 is the standard in the prosecution of DUII. But there are pitfalls for underage drinkers.

If you are underage and the officer believes that he smells alcohol on your breath the officer can ask you to provide a breath sample. Typically, the officer will have a hand held breath test device to use at the scene. If he does not, and you deny drinking, he may have you perform a field sobriety test known as the HGN test where he checks the movements of your eyes.

If you have been drinking and were driving you will probably be arrested if you are underage. You will be arrested for DUII. You will be taken to a station where you will be asked to give a breath test into an Intoxilyzer 8000 breath test instrument. If you have ANY alcohol in your breath as measured by that device, the police officer will confiscate your license and issue you a notice of intent to suspend your license. Unlike older drivers who are arrested for DUII who blow under a .08 and avoid a license suspension from DMV, the underage driver risks the suspension if any alcohol is discovered.

If a person is convicted of the offense MIP, that person will suffer a license suspension, even if they were not driving a car. Most people do not know this. They will go into court and plead guilty to MIP and then pay a court fine only to receive a letter from Oregon DMV that their license is now suspended. The suspensions for MIP are dependent on the minor's age.

Being convicted on DUII is even worse.

The penalties for a conviction of driving under the influence can be quite serious. For a first offense, you face 48 hours - 1 year in jail, a fine of $500 - $1,000, and license suspension for up to one year. For a second offense, the penalties increase, with fines going up to $1,500 - $2,000 and licenses suspension for three years.

In addition to the court-imposed penalties, there are other very serious consequences for those under age 21 who are charged with driving under the influence. Even if you enter into a diversion agreement with the court to avoid the technical “conviction”, there is the probability that a conviction or a diversion agreement can affect job prospects and higher education. Some universities require that applicant disclose any criminal arrests and convictions, including misdemeanors. Additionally, some scholarships and financial aid can be adversely affected by a DUII conviction. Getting or remaining in the United States Military is jeopardized. However, it is critical to remember that being charged with driving under the influence is not the same as being convicted. Given the nature of the evidence in many cases with drivers under the age of 21, there is ample room for a legal challenge.

These are just some of the reasons why you need to defend against a DUII charge in Oregon, if you are under 21.